MUST HAVE'S for Starting a Business

By Joe Smith
As we approach the beginning of a new financial year you may be thinking of starting a new business.  There are lots of things to consider when starting a business and sometimes this can be a daunting process.  However my first tip would be to seek professional advice as an expert will be able to explain what is required in a simple and methodical manner.
One of my favourite quotes is ‘To fail to plan is to plan to fail’.  The preparation of a Business Plan is a definite MUST HAVE and you could have a go at preparing this yourself in the first instance and then have it reviewed by your adviser or you could invest in having your business advisor prepare this for you.
Part of the planning process will include the structure that you intend to operate the business from.  I would strongly advise that you seek advice from a reputable accountant as the structure will affect the tax to be paid, protection of assets and many other issues.  This is another MUST HAVE.
The next MUST HAVE is a budget and cash flow projection for the business.  This can also form part of the Business Plan and again it would be beneficial to have this prepared by your accountant to ensure that the figures are accurate and achievable.  Your accountant should also have access to industry benchmarks that will assist in preparing your budgets.  These budgets may also be required by the bank if you are applying for a business loan.
One other MUST HAVE is your exit strategy - whether you plan to start the business and sell it in 5 to 10 years time or if you plan on being in business for a longer duration you need to consider how you will sell the business and what will make it attractive to a potential buyer.  Or you could be looking for a family member to take over in future and continue your legacy!
If you would like a no obligations chat with us regarding starting your business, please call or email us at Sothertons Gladstone on 4972 1300 or email sothertons@sothertonsgld.com.au

Posted by Unknown at 2:29 PM No comments:

Self Managed Super Fund Trustees – careful of the TBAR! 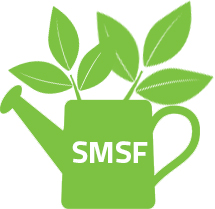 This is the reason accumulation phase value (APV) reporting for 30 June 2017 is not due until 8 September 2018. So, for affected members, if their SMSF has already lodged a TBAR to report their pension value, they need to lodge a further TBAR (by 8 September 2018) to report their APV as at 30 June 2017.
Clearly some key dates are coming up fast and Trustees – not their accountants, will be held responsible for such lodgements. If you need further information feel free to contact the team at Sothertons for more information on TBAR and the key dates for your superfund. Ring us on 4972 1300.

Are you Digitally Secure? 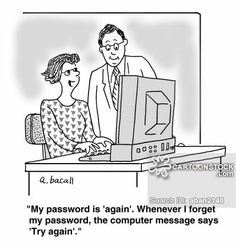 We don’t think twice about locking our home and our car, or protecting our wallet, but what about our digital identity?  How do you even know if it’s “locked”?

In May 2017 the US Federal Trade Commission leaked a database of 100 fake customers and found it only took nine minutes for criminals to attempt to access the information and use it to commit fraud.

This is a problem that is only intensifying as our digital usage increases.

Recently, a client shared their experience of internet banking fraud with us, where they had $20,000 stolen from their accounts through no fault of their own.  They were using the bank’s recommended security protocols, however their mobile phones were hacked and access gained to their internet banking.   While they were compensated for their financial loss via the bank, they also lost access to their accounts for several days, spent hours on the telephone trying to sort things out, and received a $4,000 telephone bill!

So what can you do to protect yourself?  While there are a host of security measures that you can implement, let’s start with your passwords.  Unfortunately over the years we have successfully trained everyone to use passwords that are hard for humans to remember, but easy for computers to guess.  Instead of the common eight characters including uppercase, lowercase, numbers and special characters, it is now recommended that we use four random common words such as “correct horse battery staple” as a password.  It has been estimated that modern technology can hack the eight character password in 3 days, whereas it could take 550 years to crack the four word password.

I encourage you to take some time to consider your personal digital security and implement measures to protect yourself.  Think before you sign up for that new app or log on to that new website.  Cyber criminals are knocking on doors constantly looking for one that is unlocked or ajar – make sure it’s not yours.

At Sothertons we are passionate about improving and protecting your financial future.  Call us on 4972 1300.

Posted by Unknown at 9:15 AM No comments:

Are you getting your return on Life? 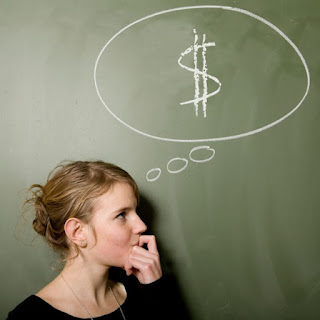 Financial planning can be a paper chase for many advisors and together with our clients; we are always looking at the return on the investment. Generating money and wealth for our clients occupies a significant amount of our time.

Sometimes good advice is not always acted on by investors and hence such decisions don’t translate into the lives they really want. Often there is not enough cash to do what they would like and this in part comes about from a delayed focus on life planning. Dreams are often over the horizon and hence only ever remain as dreams.  When planning is delayed or is late in life or does not actually happen, it can create some unhappy retirees. We call this a poor “return on life”.

As hard as it is to perceive, younger people need to open their minds to their future as early as possible and have some sound principles applied to their planning and savings. Let’s face it many financials plans are hampered by a lack of cashflow for example.

There are several challenges that investors should consider to maximise their returns and contribute to achieving a return on life that we all aspire to. These are – for example:

1.    Being able to introduce order and organisation into your financial life is a vital key.
2.    Being able to deliver on financial commitments is only possible if you can work with         your planner and prioritise financial goals and take the necessary action. Monitoring     progress is essential;
3.    Avoid emotionally driven decisions; Planners need to provide available research and   ensure you have all necessary information for a logical decision-making process.
4.   Understand the risks and options available for each of your financial decisions;
5.   Always treat the arrangement with your planner as a partnership aimed at facilitating    the best life possible. This entails ensuring your planner has full understanding of          your background, philosophy, needs and objectives.
While these terms are not complicated, they are all focused on understanding how to see the relationship as something more then just interpreting numbers and devising your financial plan.
For more information about getting your return on your investments and life, call the team at Sothertons on 4972 1300.

Posted by Unknown at 3:02 PM No comments: