I read recently that a US Senator is running for president and suggested that one of his first acts (should he be elected) would be to abolish the Tax Office!  As much as the thought initially sounds pleasurable, it reminded me of the much more serious issue that faces Australia – the number of people paying tax is continually shrinking.


Further, the burden on Small business to collect the tax for the various Governmental departments especially the tax office, is quite enormous. Currently Small Business collect and pay GST, Income Tax, PAYG Withholding Tax, Land Tax; FBT, Payroll Taxes, Wine Tax, Luxury car tax  and stamp duty. On top of that of course Superannuation is also collected in trust for their employees.
The problem is after 22 years of continuous economic growth, Australia now faces the risk of falling incomes and increasing government debt. And our governments' debt levels as a proportion of GDP will rise: from 12.1% in 2011-12 to 59.3% by 2039-40 and to 128.1% by 2049-50. (PwC Report)
We need something that Australia hasn’t seen for a few years – real leadership. Australian governments risk not being able to meet the key needs of our community and a further slide into a debt crisis will occur because our Governments are too focussed on the 3 year turnaround and not the mid to long term outlook. The ‘right way' means increasing those taxes that have the least effect on investment and employment, and at the same time reducing reliance on taxes that distort incentives to work, invest and transact business. It also means addressing those factors which increase the complexity of the tax system and the cost of compliance to small business.


This is an issue that will not go away. As part of a broader community discussion about the challenges Australia faces, we need an informed and intelligent conversation on tax.  The Media also have a responsibility to not focus on the minutiae but see the broader future plans. Leaders of civil society, business, unions and the public policy community must drive this conversation if we are to realise the benefits across all parts of society. At Sothertons we see the impact the tax system has on small business and assist business owners plan and profit where ever possible. Call 07 49721300 to talk about your business plan. 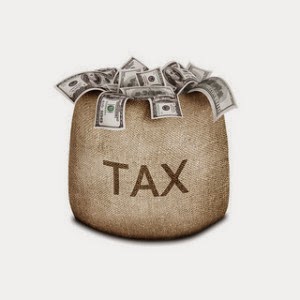 "The Edge" Article by Tina Zawila

Most of us are constantly working towards something, saving for our next holiday, getting that diploma, gaining a promotion or new role, winning that game or sporting event, or improving our health and well being.  Often we are looking for the “edge” that little bit extra that will help us achieve our goals faster and easier.


Many years ago I heard/read this quote from the legendary Jim Rohn “The difference between where you are today and where you’ll be five years from now will be found in the quality of books you’ve read”.
I truly believe you will find the “edge” you have been searching for in the pages of a good book.
I’ve always been an avid reader and I have been very fortunate to have some great books recommended to me, and I can honestly say that some of those books changed my perspective on life.  I know there’s a lot of people out there that don’t enjoy reading, however, these days there are so many other avenues available to you.  There are audio programs, podcasts, and YouTube videos available to you to learn virtually anything you want or need to know, at anytime, from anywhere.
Many of us say we “don’t have time to read”.  However, it’s just a matter of prioritising some time for learning every day.  Did you know that cutting out just one hour of television a day creates an extra 365 hours per year to accomplish whatever is most important to you.  That’s over nine additional 40-hour work-weeks – 2 months of additional time every year!!!  Even just 15 minutes a day would give you over 90 extra hours a year – over 2 weeks ‘extra’ time to learn!!
So I encourage you to find some time in your day to read/listen/learn and give yourself the edge to achieve your goals.
At Sothertons we love to read and we have an extensive list of excellent books that we would love to share with you.  Call us today on 4972 1300 to discuss your goals and how we can give you the edge. 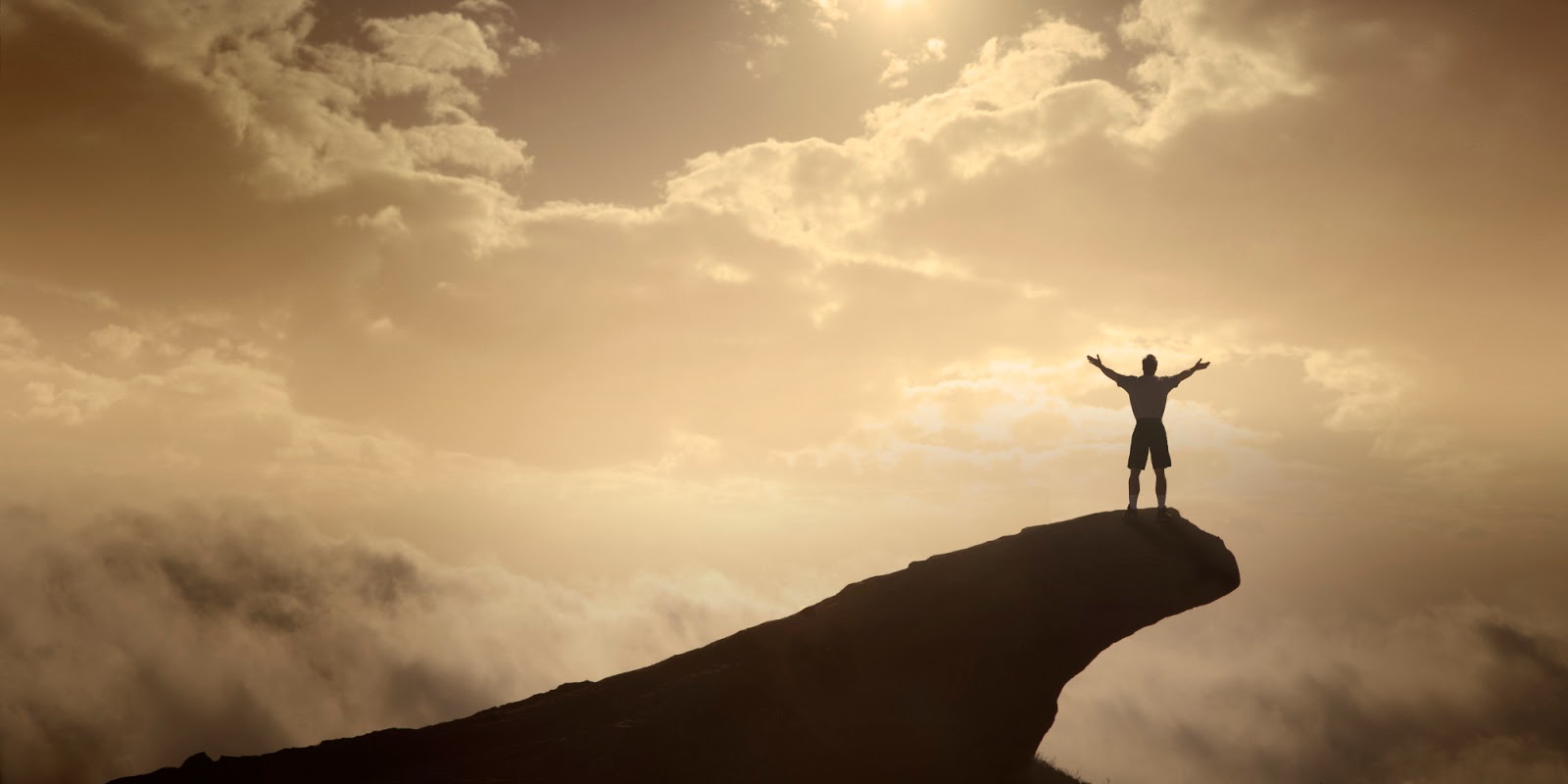 "Are you a Level 5 Leader?" Article by Steve Marsten

As Tina mentioned in last weeks article, we attended a conference on Leadership and Business Development. Jim Collins was the guess speaker. Jim is synonymous with the term “high-performance organisation”. He is the author of several books including Good to Great.


Collins identified seven factors as essential to take a company from a good company to a great company. However he chose to focus on Leadership. He argued that the key ingredient that allows a company to become great is having a Level 5 Leader. That is a driver in whom you can blend genuine humility with intense professional will. Many believe that business owners and CEOs should be charismatic and larger than life figures. Collins was the first to blow that notion out of the water!
“Level 5” refers to the highest level in a hierarchy of upper level capabilities. Leaders at the other four levels of the hierarchy can produce high degrees of success but no where near enough to elevate the business from a mediocre company to a long term sustainable one.
Clearly such factors don’t all centre on the CEO in turning a good business into a great business. The right people in the right jobs surrounded by a culture of discipline are also essential.
So what are the five levels of Leadership?
1.       Position – People follow you because they have to;


3.       Production (Results) - People follow you because of what you have done for the business;


4.       People Development - People follow you because of what you have done for them;


5.       Pinnacle (Respect) - People follow you because of who you are and what you represent.
Gladstone has some very long term businesses in our area so we know there are some level 4’s and 5’s amongst us and we should be so lucky to learn from them. At Sothertons we recognise that getting to level 5 takes courage, discipline and hard work. We still have a way to go. Call us today on 4972 1300 to learn more about Level 5 Leadership. 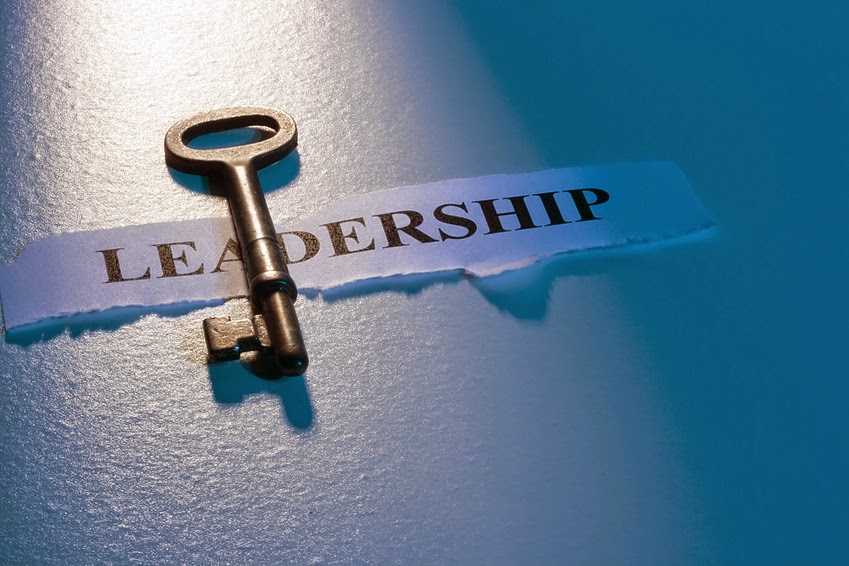 This week Steve and I had the privilege of attending the Growth Summit 2015 to hear some of the best business minds in the world speak about business and life.


The headline act was Mr Jim Collins author of numerous best selling books including the legendary "Good to Great".  Amongst the many teachings from Jim was one he called the "20 Mile March".


Jim's lifetime of researching organisations has revealed that the most successful ones are those that are focussed and disciplined, consistently and persistently. Often we think that it's one event, one killer product or one stroke of luck that separates the good from the great, however the truth is it is usually doing the right (seemingly small) things day after day.


He calls these things the "20 Mile March" and he used an example of two groups that set off to visit the South Pole...one that was successful and one that fell 11 miles short of returning. In essence the lesson was that the group that did the 20 mile march everyday, regardless of the circumstances or environment, was successful compared to the group that some days marched greater than 20 miles, and then they had days when they chose not to march at all due to the environment.


He encouraged us all to find our own "20 Mile March". What is it that is within your control, that you must do every day, that will move you towards your goal? It doesn't have to be a big thing, small things done every day usually have a much greater impact than a big thing done sporadically. It's simply the law of compounding!


In business, it's easy for us to blame external factors for our success or failure, such as the economy, our competitors, our customers, our suppliers, and so on.  However, it is really what we do everyday that determines our fate.


If you need help identifying your "20 Mile March" (or as business advisors and accountants like to call it - your KPI - key performance indicator), then call Sothertons Gladstone today on 4972 1300, we are here to help you. 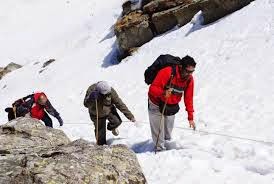 Recently I entertained a client who wanted to know how to put together a wealth portfolio. He complained that he was not from a well-to-do family. He stated how it’s easy for others and it’s so hard for him! How he has been so unlucky.


I pointed out that at some point in the past someone somewhere made sacrifices that set them and their children on a path to wealth. Sure some have dumb luck and win lotto and that’s life. The key point is that the most successful ones write their goals down. Read them regularly. We need to stop looking at others with envy. We need to develop and learn the discipline of postponing gratification. Adopt a policy of doing something every day that contributes to your overall wealth. That might be something simple as cutting back cigarettes or drinking less or simply buying a home brand for a change.
It’s the other components in our life that also impact on our ability to attract wealth such as choosing a life partner who shares your vision and your self-discipline. There is absolutely no point being all visionary and frugal with your wealth creation plan if you marry a spender who lives for the moment.
The most important point that separates you from everyone else is you need to be prepared to work harder, longer and smarter then those around you. Sure you don’t have to go to Harvard and you won’t need to work 12 hours a day 365 days a year. You just need to make sure that compared to the people you are mixing with, you’re working above average.
Many people like to set their wealth bar high and this gives them the excuse to toss it all in when it turns out that it looks too hard. Truth is – it is hard but it’s also possible. Get over it and get on with it!
With a good financial plan you do need input to ensure that you are on the right track and you have the right job and salary growth to achieve your life’s goals. At Sothertons we work with clients to clearly set out your life goal targets and establish the check-points along the way to make sure you are on target. Feel free to ring us on 07 4972 1300. 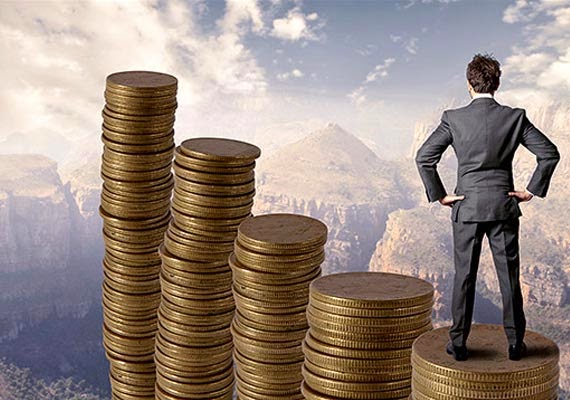